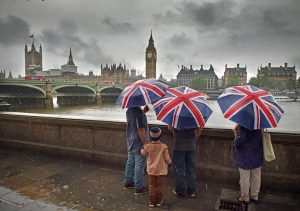 According to a new report, Scottish tourism is helping to boost the number of “staycations” being taken around the Britain.

The Great British Staycation surveyed more than 2,000 U.K. holidaymakers and 500 leisure and hospitality business leaders and found a 29% increase in Scots planning to spend more time on holiday in Britain.

Some 69% of Scottish tourists are choosing to visit somewhere else Scotland as opposed to the rest of the UK, with the next likely area the north-east of England (32%).

For the United Kingdom as a whole, Scotland was deemed the second best destination for a staycation with 22%, with the south-west of England being named the top region (31%).

Malcolm Roughead, chief executive of VisitScotland, said that domestic tourism is a huge market for Scotland with 80% of all over-night visitor trips from UK travellers. They are delighted that so many United Kingdom holidaymakers say they are planning a staycation in Scotland this year to explore the awe-inspiring landscapes, amazing attractions and fascinating history and heritage which can be found on their doorstep.It is testament to the continued investment by the Scottish tourism industry in crafting world class experiences that embrace innovation and the changing demands of visitors.

The Great British Staycation report indicated that 52% of Scottish businesses have enjoyed an increase in domestic tourism since 2017, with 42% saying bookings were being made further in advance.

Edinburgh Castle, the National Museum of Scotland and the country’s whisky distilleries have been highlighted as popular attractions.