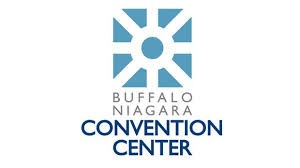 The local tourism leaders sated that the Buffalo Niagara Convention Center need to be replaced after a new report shows it is hurting local tourism. The report did by destination NEXT says a new facility would spark economic development.

Buffalo scored well above the national average for attractions and entertainment, but it fell short for drawing events and visitors at the convention center.

Erie County Comptroller Stefan Mychajliw  said that it is very dump that it needs to go and they  shouldn’t spend another dime putting lipstick on a pig.

The Destination NEXT report said Buffalo can’t compete against other cities with its exciting facility. The 40-year-old convention center is too small and limits opportunities such as sporting events.

In another study the county is trying to find out where a new convention center would fit, but Mychajliw says it would cost north of $100 million for a new site.

The new report suggests Visit Buffalo Niagara, which markets this region, should be getting more money. Most of the funding they have now, 85 percent, comes from the county’s bed tax, about $3.4 million.

Kaler said that there have been past administrations who have taken from that for the general fund, but right now they are receiving funds from the bed tax. Mychajliw says the county collects about $11 million from the bed tax, but like years past, less than half of that is going towards travel and tourism.

Visit Buffalo Niagara will take the results from this study to help create a tourism master plan for 2019. The tourism officials say more than 8 million people visit the Buffalo Niagara region every year, generating $1.7 billion for the local economy.