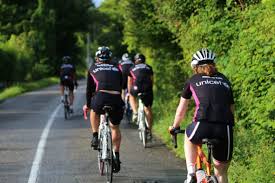 Marriott international has announced plans for its annual Road to Awareness campaign  under the able leadership of the hotel’s chief operating officer for Middle East and Guido Wilde.

This is done with the motive of raising funds for charities across Africa and Middle East that will provide thousands of children a better way to experience the world.

Since 2008 the associate fundraising campaign has made significant difference to children  in communities.

The funds raised for the vital projects help in improving the lives of children whose lives are impacted by limitations imposed by poverty, violence or war which causes lack of education or serious health and hygiene issues.

The initiative over the past ten years is known to have generated US$8 million. The money was distributed for various projects across Africa and Middle East that changed thousands of lives.

The campaign is close to the hearts of the former Starwood associates and is focused on doing the right thing and going the extra step.

Under the Marriott International expanded portfolio organisers brought the broader Road to Awareness campaign along with the traditional and challenging bike ride.

The three-day bike ride has been the key highlight of the campaign and this year is expected to have  a challenging new route.

In 2018 Marriott International will be supporting several charity partners in the Middle East and Africa.