Rocket makers believe that space tourism is the next big thing 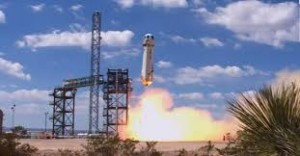 The China Academy of Launch Vehicle Technology is recognized as a prominent developer of carrier rockets. However in the near future, it might obtain a new tag: the first space tourism provider of China. Engineers at the academy in the southern outskirts of China are all set to launch a new spacecraft to transport anyone capable of paying $200,000 to $250,000 on a suborbital journey to get a superb view of the stars and understand weightlessness, as per the academy, part of China Aerospace Science and Technology Corp and the country’s largest rocket maker. According to the plans, the reusable spacecraft, anticipated to enter service somewhere at 2028. It will look like a fixed-wing aircraft with no vertical stabilizer, the upright fin at the tail-and be propelled by a rocket engine. Like a typical carrier rocket, it will blast off vertically but make a horizontal landing on a runway like an ordinary plane, as per the academy. It will function in accordance with preset programs, with no pilot or controllers inside the spacecraft.

With an inside area of over 10 square meters, the spacecraft has the capacity to carry 20 travelers to an altitude of over 100 kilometers, about 10 times the cruising altitude of a commercial jetliner.

For over 10 minutes, the passengers can stay there, sightseeing during the half-hour flight, according to the academy. They will be able to see distant stars and the contours of the earth through the windows, witnessing moments of weightlessness like astronauts, and perhaps even carry out scientific experiments.

Zhao Jianbo, an engineer in charge of the program, explained that participants would require undergoing training sessions for several weeks at Chinese space establishments to get ready for the effects of gravitational acceleration and weightlessness.

“They will not need to wear spacesuits during the journey because there will be oxygen and life-support instruments inside the spacecraft,” he said.