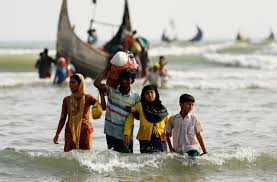 Myanmar has faced criticism over its ongoing discrimination of the Rohingya people. The United Nations called it a “textbook example of ethnic cleansing”.

The country’s State Counsellor Aung San Suu Kyi, once a global human rights icon, has been accused of lacking “moral leadership” for her failure to deal with the violence, which has forced more than 600,000 refugees to escape to Bangladesh in the recent months.

Although many industry experts said that travellers should consider boycotting the country, the crisis does not seem to have any negative impact on the Myanmar’s mushrooming holiday industry.

However, the figures are still down from the record 4.68 million that visited in 2015, but it shows that demand for trips to the temple-filled Bagan, the floating gardens of Inle Lake, and the majestic Irrawaddy River, has not diminished.

Myanmar’s popularity as a sought after travel destination in the last 30 years has been remarkable. It’s not just the backpackers who are discovering Myanmar. High-end holidaymakers are also coming to the country, lured by the opening of a spate of luxury hotels and resorts.