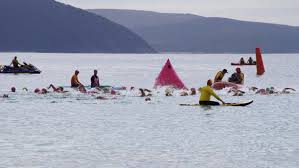 The annual Rottnest Channel Swim kicked off yesterday in Western Australia. The event has witnessed the participation of 2,500 swimmers, 1,000 paddlers and 950 boats.

Forty-six international swimmers will be competing alongside 270 from interstate and 236 from regional Western Australia, with the remainder being Perth locals taking on the challenge.

Tourism Minister Paul Papalia said, “This year there are 18 countries represented in the Rottnest Island Channel swim, showing the event’s high regard amongst endurance and open water swimmers the world over.

“Some competitors will be coming from as far as Canada, Guinea-Bissau and South Korea, while Japan will be represented for the 21st year in a row.”

In its 29th year, the Rottnest Channel Swim has become an iconic event and one of the busiest days of the year on the island.

“The attraction of the swim to those from outside of the State continues to raise the profile of the island and Western Australia as a tourist destination,” the Tourism Minister said.