Route 66 attracts travelers across the globe 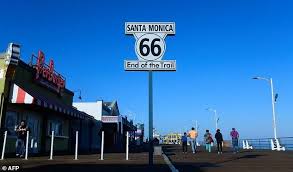 Couple of times in a week, Diana Caldon “speaks wine” along with international tourists at Diana’s Cellar Door, just a block off Route 66 on Kingman’s rising, yet bustling, Beale Street business district.

Of late, it was some Czechs. But before that, a Romanian husband and wife. And Frenchies, polite and courteous on our turf.

She might not understand their discussion, however at least they’re relishing her wine.
“Wine is international,” said Caldon, who experiences a constant stream of tourists coming through her wine café. “Absolutely.”

Our important tourist attraction is Route 66, which has immense international appeal as domestic, introducing nostalgic and historic tours all across America for thousands of travelers each year.

Also, we capture an important segment of visitors on their way to the Grand Canyon, Las Vegas and Southern California.

Not everybody has heard of Kingman. However, majority have heard of Route 66, explained Josh Noble, tourism manager for the City of Kingman. It’s an important selling point, and Noble utilizes it to his best advantage.

“It has mind space,” he said. “People think of Route 66 and think of the road, the attractions, the history. And we have two of the best preserved sections of it.”

Arizona brags of the best ever contiguous remaining stretch of Route 66, almost 160 miles from Ashfork to Topock. The highway was decommissioned in 1985.