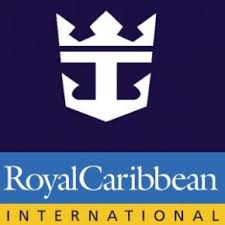 Excitement was in the air at the Meyer Werft shipyard in Papenburg, Germany, as Royal Caribbean International marked the official start of construction by cutting the first piece of steel for its new Quantum Ultra ship. The next engineering marvel in the innovative cruise line’s lineup will officially be named Spectrum of the Seas.

Set to debut in 2019, Spectrum will be the next evolution of the cruise line’s groundbreaking and high-tech Quantum class of ships placing the ship in a new class of her own. The revolutionary Quantum Ultra ship will specifically be designed for guests in China and the Asia-Pacific region, and will feature cutting-edge and unprecedented experiences and amenities.

“Today is a very special day in the development of our new Quantum Ultra ship, Spectrum of the Seas. We are now one step closer to delighting our guests in Asia Pacific with this remarkable ship,” said Michael Bayley, President and CEO, Royal Caribbean International. “Spectrum will be another giant leap forward in vessel design and guest experiences that will provide travelers with ample opportunities to create unforgettable memories.”

Royal Caribbean International is an award-winning global cruise brand with a 48-year legacy of innovation and introducing industry “firsts” never before seen at sea. The cruise line features an expansive and unmatched array of features and amenities only found on Royal Caribbean including, jaw-dropping, Broadway-style entertainment and industry-acclaimed programming that appeals to families and adventurous vacationers alike. On board, guests are catered to with the cruise line’s world-renowned friendly and engaging service by every staff and crew member. Royal Caribbean has been voted “Best Cruise Line Overall” for 14 consecutive years in the Travel Weekly Readers Choice Awards.

The cruise line sails 24 of the world’s most innovative cruise ships to the most popular destinations in Bermuda and the Caribbean, Europe, Canada and New England, Alaska, South America, Asia, and Australia and New Zealand.