Home » Royal Palace in Wales can be a tourism attraction

Royal Palace in Wales can be a tourism attraction 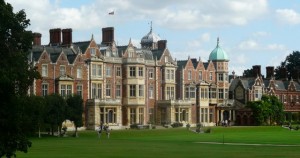 The official royal residence should be considered in tourism earning. It can attract thousands of visitors but be seen as an extravagance.

But the Wales Green Party, which opposes the monarchy, said the tourism benefit had been exaggerated.

Unlike the other nations of the UK, there is no official residence for a member of the royal family in Wales.

According to the research, it is examined the case for and against setting up a royal palace in Wales to match those elsewhere.

Doing so would give Wales political and economic benefits, it argued, leading to a long-term increase in tourism numbers and create up to 100 jobs.

The report was not specific about what kind of building should be used, but said a new site would be “more interesting than a building that had been there for many years already”.

It also suggested a number of older buildings could be adapted for use in and around Cardiff, including City Hall and Duffryn Gardens.

But the report’s authors, Prof Russell Deacon and Scott Prosser, also list potential drawbacks including that it could be seen as extravagant during a time of austerity.

They said it could also distract or displace tourism for other sites and was “unlikely to be a substantially profitable enterprise”.

There would also likely be “significant costs” in renovating an existing building or establishing a new one, while security and anti-terrorism measures “could act as a substantial drain on the public purse”.