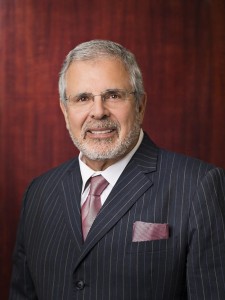 Russell Galbut has been appointed by Norwegian Cruise Line Holdings as chairman of the company and it was announced during the annual general meeting of the organisation.

Galbut is currently serving as the managing principal of Crescent heights, a residential condominium developer and has been active in the urban mixed-use real estate for more than 31 years.

With more than 15 markets the Crescent Heights has been active from coast-to-coast and developed more than 50,000 residential units inclusive of the condo hotel concept.

Mary Landry has been elected as the new independent director by the shareholders of the company. She is a retired United States Coast Guard.

Galbut will be taking over Walter Revell, who recently stepped down  from Norwegian’s board after working with the company as the chairman for the last three years and was the board member for more than two decades.

Frank Del Rio, president and chief executive officer of Norwegian Cruise Line Holdings extended his appreciation on behalf of the board and the team of Norwegian for Walter’s dedicated service who immensely contributed as the chairman of the board.

He further stated that Russel’s experience and knowledge of the hospitality industry also considering his significant contribution to the board makes him an ideal candidate for the role.

Landry will be succeeding as the independent member of the board and also as the member of the company’s nominating and governance Committee.He was confident that she will bring about a meaningful impact on Norwegian’s future growth.