Russian hotels & hostels ramp up their charges before England-Belgium clash 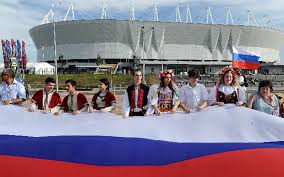 The local residents in Kaliningrad are making the most in terms of the surge in demand to watch Harry Kane’s heroes’ final Group G clash with Belgium on Thursday night.

Approximately 5,000 British fans are now anticipated to travel to the tiny Russian territory, located between Poland and Lithuania. This tiny territory is only 200 miles closer to Moscow than it is to London.

Yesterday, budget flights were available at about £90. Supporters have been charged around 10 times the going rate for a hotel room, with typical prices rising from £45 to £500.

With pop-up campsites crammed and majority of hotels and hostels fully booked, there was a 150 percent rush in Airbnb searches last night.

A one-bedroom flat that normally rents at around £28/night is going for £432 — more pricey than a Superior Queen room at The Ritz.

A “tiny house on the lake”, promoted as being away from the “hustle and bustle” which usually rates around £95 a night — is available for £820 for a three-night stay. Guests will sleep on a double mattress and a sofa.

Another studio, which typically costs £37, is £246 for Thursday. The “newly renovated, cosy” apartment can in fact sleep five people, in spite of having just one bedroom. Another simple two-bedroom flat in the heart of Kaliningrad, which usually costs just £20 per night, is up for £185.