Russian tourists to get visas on arrival to UAE 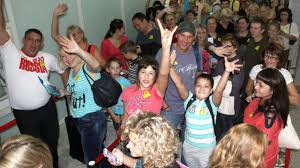 Citizens of the Russian Federation who would be paying a visit to the UAE in future would be granted an entry visa at any entry point on arrival.

The ruler of Dubai, Prime Minister and Vice President named Sheikh Mohammed bin Rashid said that he had approved the Cabinet Decree No 24 for 2017. This implies that from now onwards Russians would be offered an initial entry into UAE for a period of 30 days. This would be renewed only once for a further 30 days.

The decree is believed to enhance the common ambitions of Russia and UAE.

This would go a long way in creating new horizons of tourist cooperation serving common interests and goals, as reported by Wam, the state news agency. Furthermore, it would also strengthen the global competitiveness of the UAE as a vibrant economic, commercial and tourist locale in this region as asserted by Wam.

So far, UAE has received over 600,000 Russian tourists in the last two years.

There are 56 flights every week between the two countries by UAE national carriers. The figure is expected to increase after the decree comes into effect.

These two nations have always reaped the benefits from a strong bilateral relationship in different aspects. And, this can be observed through strategic partnerships between them and different agreements covering tourism, economy and clean energy cooperation.

UAE is the most important business partner of Russia in the GCC and is also the 10th largest foreign investor in Russia with projects valued at Dh66 billion up to 2014.