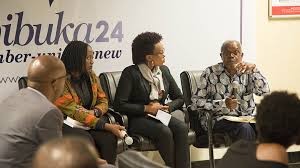 Popularly known as the ‘Land of a Thousand Hills’, Rwanda has been selected the next string of the Commonwealth Heads of State Meeting in the coming two years.

Expanding as a unique tourist destination of Africa by its gorilla and nature conservation with sustainable tourism, Rwanda has witnessed rapid progress ensuing from its policy to develop travel, tourism and hospitality value chain which had successfully drawn global attention.

The leaders of Commonwealth have selected Rwanda to organize their next heads of government meeting in 2020, taking the benefit of the premier conference facilities of Rwanda like the classic accommodation and convention service in the capital of the country, Kigali, reports from London said.

Reports from London established that Rwanda has been chosen as the host of the forthcoming CHOGM by the UK Prime Minister Teresa May immediately after the end of the Meeting of this year that took place in the British capital, London.

A present, the Commonwealth of Nations is a community of 54 countries, majorly former British colonies with a combined population of about 2.4 billion.

Rwanda is all set to join the Commonwealth of Nations in 2008 as a nation with no British colonial past, and then partnered the bloc in 2009 to bring to 54 total nations in the world.