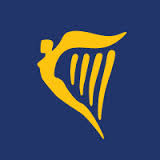 Ryanair, Europe’s No.1 airline, today (10 July) announced that it has cancelled its planned entry into Ukraine following Kiev airport’s failure to honour a growth agreement reached at the Ministry of Infrastructure with airport officials and the current Airport Director General, Mr Riabikin, in March of this year.

Regrettably, Kiev airport has instead chosen to protect high fare airlines (including Ukraine International Airlines) and deprive Ukrainian consumers/visitors access to Europe’s lowest air fares and widest route network. As a result, Ryanair has no choice but to cancel 4 new Kiev routes and 7 new Lviv routes, which will result in the loss of over 500,000 passengers and 400 jobs.

Ryanair sincerely apologises to the many customers who have booked low fare flights to/from the Ukraine, all of whom will be contacted by email and refunded for their cancelled flights.

“On behalf of Ukrainian visitors and consumers, we regret that Kiev Airport has demonstrated that Ukraine is not yet a sufficiently mature or reliable business location to invest valuable Ryanair aircraft capacity. Kiev Airport’s failure to honour commitments will result in the loss of over 500,000 customers and 400 airport jobs in the first year alone, which would have provided a significant boost to the Ukrainian economy. We regret also that Lviv Airport has fallen victim to Kiev Airport’s decision.