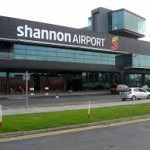 The summer has begun for outbound holiday makers from Shannon for sure with the launch today of its new service to one of Europe’s favourite sun destinations – the Barcelona region of Spain.

A twice weekly (Tuesdays and Saturdays) Ryanair service to Barcelona Reus took flight this morning at 10:50am with much excitement as direct services returned to Shannon for this hugely popular destination for the first time in nine years.  The service adds to Shannon’s growing list of sun destinations this year, a list that also includes the likes of Alicante, Faro, Fuerteventura, Lanzarote, Malaga, Palma and Tenerife.

This new Spanish service lands passengers into an airport just 90 minutes from the Catalan capital, Barcelona, which is Europe’s third most visited city, and much more. It also serves the stunning Costa Dorada region – its name translating to the ‘Golden Coast’ – known for its calm and shallow waters and its main city, Tarragona, famed for the Roman Tarragona Amphitheatre and a 12th-century cathedral.

The city of Reus itself is known as an architectural masterpiece and home town of the world famous architect Gaudí – the Gaudí Centre is one of its most visited attractions – while the airport is also an access point to Salou and Cambrils, among Spain’s leading sun destinations. The region also boasts one of Europe’s largest theme parks, PortAventura World, just 15 minutes from Reus Airport.

Operating from March 27th to October 27th, the new Ryanair Barcelona-Reus service departs Shannon at 10:50 arriving at 14:20, with the return flight leaving Barcelona Reus at 14:50 and arriving in Shannon at 16:20. The welcome service bolsters the airline’s strong Shannon schedule and brings to 17 the number of Ryanair services from Shannon this year.

The new Barcelona, Liverpool and Bristol services, together with the Manchester service extension will add an extra 80,000 Ryanair seats at Shannon this this year. Welcoming the launch of the service, Shannon Airport Managing Director Andrew Murphy said: “This is a very positive day for Shannon and for holiday makers from the region. In terms of services that we wanted to get back on the Shannon schedule, Barcelona-Reus has been one we have been worked hardest on so we are delighted that today has arrived. In terms of European destinations, this region of Spain is one of the most interesting and exciting in all of Europe.”