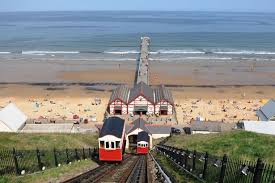 It is according to the report into Redcar and Cleveland’s economy and tourism which has revealed that Saltburn tops the list of attractions in the area, with 2.1 million of the borough’s 3.7 million visitors exploring the Victorian town in 2017.

Overall, the latest figures collated by Redcar and Cleveland Borough Council found a 5.5 per cent increase in the number of visitors to the region, contributing an estimated £167 million to the economy. The council’s cabinet member for culture, tourism and communications told fellow members that the spending helps to employ around 2,200 people.

The plans to continue boosting the tourism industry include ongoing improvements to the Saltburn Cliff Tramway which reopened last summer following a major refurbishment. There are also proposals to provide grants to improve overnight accommodation and encouraging more markets to set up stalls in the area. The council has also lent its support to enhancing community-led attractions and work is continuing on the multi-million pound project to create a walled garden, catering and horticultural colleges and restaurant at Kirkleatham Estate.

Cllr Quartermain had also told cabinet members the Steel Stories exhibition at Kirkleatham Museum celebrating the borough’s rich industrial heritage is due to open on April 5. He added the multi-million pound projects include bringing The Regent Cinema back into use, bringing leisure-based facilities to Coatham and promoting the Tour de Yorkshire’s arrival in 2020.

Other successes in the past year include a successful campaign to attract more foster careers which is having a positive effect for some of the borough’s most vulnerable children.