SAS pilots begin strike, over 170,000 passengers to be affected, hundreds of flights cancelled 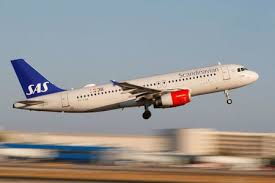 Swedish pilot union Svensk Pilotförening (SPF) members in SAS Scandinavia begin strike today. 205 domestic, European and long-haul flights were cancelled on Thursday while 110 to be cancelled on April 26. Thousands of passengers to be affected by SAS pilots strike. Flights operated by SAS Ireland and airlines that are subcontractors of SAS are not be affected by the strike. SAS flights to and fro Denmark, Norway and Sweden are affected.

SPF rejected the mediator proposals for agreements. Negotiations have been held since March with the support of external mediators in the final stages. Negotiations are still ongoing in Denmark and Norway.

Karin Nyman, Director of Communications at SAS, said, “It is deeply regretful that the pilots strike will have a negative impact on our customers. SAS is prepared to continue to negotiate, but if the requirements were to be met, they would have very negative consequences for the company. Nonetheless, the pilot union have chosen conflict. Our first priority now is to take care of our passengers and at this moment in time, all SAS employees are doing everything they can to help customers affected.”

Earlier this month, Danish, Norwegian and Swedish pilot unions had called for 1,500 pilots to go on strike on April 26 if no agreement was reached on wages and other issues after an earlier round of talks failed to bear results.

SAS, normally flies around 800 flights per day. A strike by all the unions would affect 70 percent of SAS flights, with the remaining 30 percent operated by partners left unaffected. Around 170,000 travelers could be impacted if the strike lasted through the weekend, according to Annamatz.

The airline reported a bigger-than-expected loss for its fiscal first quarter in February, but said it still expected to record a profit for the full year.