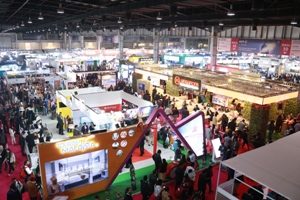 SATTE is all set for its biggest showcase under Informa Markets in India. Globally, international tourist arrival was recorded at 1.4 billion and the tourism receipt generated from international tourism reached a staggering USD 1.7 trillion in 2018. South Asia’s contribution to this growth has been robust and growing year on year. And SATTE, as the year’s first major international tourism event, has played a critical role in the region’s growth as both, inbound tourism destination and source market for destinations all over the world. However, the role gets a much stronger fillip amidst some new changes that’s at play to unveil a stronger and more powerful SATTE in its 27th edition come January 2020.

The integration of the Informa Markets and UBM has been completed this year. Informa Markets in India, the new identity of the company, will bring out its first SATTE early next year amidst new synergy and direction that’s bound to further raise SATTE’s profile as one of the premier international tourism shows. Informa’s presence is spread over nearly 40 countries with more than 500 plus exhibitions and a market cap of around 11 billion pounds.

Commenting on the acquisition of UBM by Informa and its impact on SATTE, Yogesh Mudras, Managing Director for Informa Markets in India, said, “The combination of UBM and Informa makes it a larger organisation, with a potential for tremendous  reach, and therefore I see a lot of synergies happening. This pertains not only to exhibitions but also knowledge sharing, networking, business intelligence, technology and academic publishing, among others. So what we are trying to bring in is a holistic solution to a customer which will also open lots of new avenues and initiatives for them. And this will be amply evident at SATTE 2020.”

Furthermore, commenting on the change of the venue last year, Mudras acknowledged that it was a bold decision to shift the venue of 25 years necessitated by the renovation that Pragati Maidan is currently undergoing. However, he pointed that the change of venue not only brought together an event that was hailed as truly international but was also much appreciated by the suppliers and exhibitors alike.

Mudras, said, “With the magnitude of a show like SATTE wherein we have international participation from close to 60 countries and every single Indian states and Union Territories, we wanted to cater to the convenience of our industry by moving the show to the world class venue at the India Expo in Greater Noida. Our stakeholders were a part of the decision making process and this shift in venue was well received by the industry too. The show looked grandeur under one roof giving it an international feel.

He further added, “This year too we thank our stakeholders from the Government and the Travel and Hospitality industry that include associations, Indian and International exhibitors and regular and potential visitors for their unstinted support to our forthcoming show due on January 8-10, 2020. We are putting together a show which will be by far the biggest ever.”