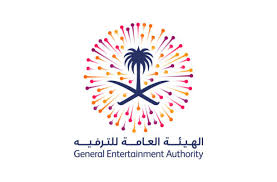 Saudi Arabia’s General Entertainment Authority (GEA) will host an unprecedented number of events in the Kingdom this year, with more than 5,000 live shows, festivals and concerts planned in 56 cities across all regions. The 2018 calendar is the most diverse line-up of live entertainment ever seen in Saudi Arabia, ranging from musicals and shows for all the family, to stand-up comedy and live performances from some of the biggest names in global music.

The announcement was made at a special event in Riyadh in the presence of His Excellency Ahmed Bin Aqeel Al Khatib, Chairman of the Board, and the CEO of GEA, Eng. Faisal Bafarat, alongside a number of Excellencies and esteemed guests.
His Excellency Mr. Ahmed Al Khatib, Chairman of the General Entertainment Authority said: “The GEA is taking accelerated steps towards enhancing lifestyle in all regions of Saudi Arabia by providing rich and diverse entertainment options and experiences for people to enjoy. GEA contributes directly to the objectives of the Quality of Life programme, which aims to achieve a thriving economy and a vibrant society in which citizens and residents enjoy a better quality of life.”