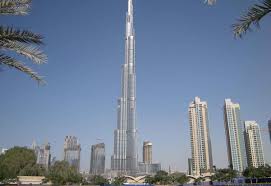 The Saudi Exhibition and Conventions Bureau (SCEB) that is affiliated to Saudi Commission for Tourism & National Heritage (SCTH) has declared that visitors of licensed activities would be exceeding 4.4 million in the year 2016.

SECB has also adopted the Trade Fairs Plan for 2017 that is planning to reach a total of 86 trade exhibitions.

The executive manager of SECB named Tariq Al-Essa said that the conference industry is believed to be quite a dynamic industry and that it is associated with all kinds of economic sectors. Furthermore, it also has direct and even indirect economic impacts, apart from political, cultural and social impacts.

He said that the number of licensed activities including meetings, conferences, forums and exhibitions that were held in 2016 had reached 8,758.

This represents a growth of 12% as compared to the same in the year 2015. The regions like Eastern Province, Mecca and Riyadh hosted 18%, 31% and 48% of these activities respectively. Essa stated that the Saudi Commission for Tourism & National Heritage (SCTH) as well as Saudi Exhibition and Conventions Bureau are aiming to enhance the rank of Saudi Arabia in the field of conference industry.

Essa also went on to add that the tourists visit this place motivated by the urge to organize or participate in conferences and exhibitions and this accounts for over 15% of total tourism in the kingdom.