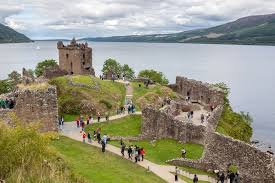 The tourism in Scotland is a success story whose strength has been growing year on year, contributing billions of pounds to the economy and providing a lifeline for rural communities.

Now it has emerged that the tourism sector has also created tens of thousands of jobs during the past five years, across a wide variety of roles from hotels to attractions and nature reserves. Not surprisingly, the City Edinburgh – home to Scotland’s most famous castle, along with the Royal Mile and the National Museum – has seen the highest rise in the rate of employment.

During the last half-decade, employment in the sector has risen by 19 per cent, with more than 34,00 people, the equivalent of one in ten workers, now employed servicing tourists. At the same time, statistics show a boom in employment in the sector in Glasgow, which enjoyed the second highest rate of growth. Overall, 29,000 people in the city work in the tourist market, an increase of 15% since 2012.

Outside of the cities, there has also been a substantial rise on a regional level, with tourism employment increasing by 14% in the south of Scotland and by 10% in Ayrshire. Other areas enjoying a boost include Fife, where job numbers rose by 16% to stand at 11,000, and South Lanarkshire, where the posts increased by 11% to 8,000. The tourism also remains one of the most important employment sectors for Scotland’s rural communities. In Argyll & Bute, figures showed that there are now 69 tourism jobs for every 1000 people working – the highest proportion per head of population in the country. This is closely followed by Highland (68), City of Edinburgh (64), Perth & Kinross (60) and Orkney (57).

Chris Greenwood, Senior Tourism Insight Manager at VisitScotland, said that this figure show a positive news for the sector, with an overall rise in jobs since the National Tourism Strategy came into place.  The visitor economy causes a ripple effect that touches every industry, business and community in the country, from laundry services to life sciences. Tourism is the driving force for providing the jobs of today and tomorrow – for every £60,000 spent by visitors, a new job is created in Scotland. He added that tourism is more than a holiday experience. It is the heartbeat of the Scottish economy and touches every community, generating income, jobs and social change. The new posts are no longer just in hotels or at tourists traps, but across many different areas.

Scotland’s reputation for food and drink is backed up in statistics which reveal the number of jobs in restaurants and ‘mobile food’ services is up by 22%. Nature reserves, botanical and zoological gardens and nature reserve activities employed 25% more people, while ‘tour operator activities’ were up 43%, according to VisitScotland’s Tourism employment in Scotland survey.

Last year, visitors made 166 million trips to Scotland, generating more than £11 billion for the economy.  As well as the traditional attractions, visitors were also ‘set-jetting’ to see locations used by the hit show ‘Outlander’, which has filmed in both the Highlands and Glasgow.  Earlier this year, Scottish Highlands and Islands was ranked fifth in Lonely Planet’s Best in Travel 2019, with the prestigious guide describing it as “one of the wildest, least inhabited and most scenic parts of Europe.

Tourism Secretary Fiona Hyslop welcomed the statistics, saying that it is fantastic to see the growth of tourism across Scotland with more people working in the industry and strong increases in a number of sectors like nature reserve activities and tour operator activities. The ongoing success of tourism reflects the talent, dedication and creativity of people working in the sector. The Scottish Government will do all it can to support this success so Scotland can continue to offer an unrivalled and memorable visitor experience for people who choose our country as their holiday destination.