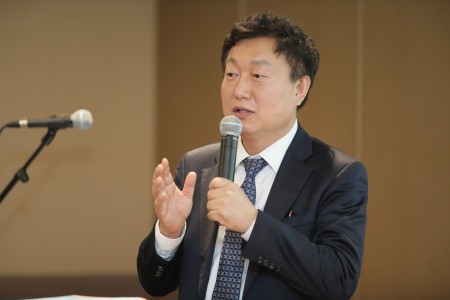 The former executive vice president of the Korea Tourism Organization, Jae-sung Rhee was appointed as the first president and CEO of Seoul Tourism Organization. President and CEO Jae-sung Rhee has graduated from the Department of Spanish at Hankuk University of Foreign Studies and continued to receive his doctorate from Kyung Hee University’s Graduate School of Tourism.

Thereafter he rendered his services at the Korea Tourism Organization for a period of 33 years, right from 1985 to 2017.

He has been holding the position of director in every department within the organization (Director of Management, Executive Vice President, Director of International Tourism and Marketing, Director of Domestic Industrial Affairs, and Director of Policy). He is well-equipped with hands-on experience and expertise as well as strong leadership abilities.

Jae-sung Rhee is regarded as an expert in the sphere of tourism.

President Rhee officially joined the Seoul Tourism Organization on April 23, 2018, that is a week prior to the time when the group officially relaunched under a different legal status on May 1.

It took place when it was restructured from a public-private partnership and government-invested corporation into a fully government-funded foundation. At present, it is being funded by the Seoul Metropolitan Government, the Seoul Tourism Organization has been reestablished to proactively respond to the rapidly changing tourism environment and promote Seoul tourism in a way that achieves public interest and reflects professionalism and responsibility.

As an organization that specializes in the niche of city marketing, Seoul Tourism Organization aims to usher a greater number of international visitors to Seoul by raising the city’s competitiveness in terms of tourism and MICE potential, as well as contribute to the economic development of Seoul through the revitalization of tourism-related industries.

In the near future, the Seoul Tourism Organization is expected to strengthen its public function of promoting and leading the continuous development of the tourism industry under the direction of president and CEO Jae-sung Rhee.