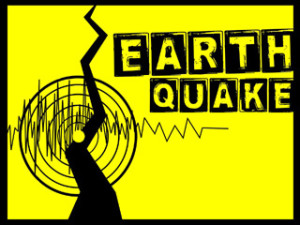 Citizens and travellers at Montereale in Italy had to cope with consecutive strong tremors, where the initial magnitude was measured to be 5.3 on 18th January, Wednesday.

The US Geological Survey informed that the entire region, which was already buried under heavy layer of snow, was hit by the initial tremor of 5.3 magnitude around 10.25 am local time. About 50 minutes after the initial quake, another 5.7 magnitude quake jolted Montereale, which was followed by another earthquake of 5.3 magnitude. The fourth tremor was measured to be of 5.1 magnitude, which hit the region after a few hours. The epicentre of the tremors was in the L’Aquila region of Italy.

According to the seismologists, around 100 aftershocks were measured after the initial quake.

According to Premier Paolo Gentiloni, no death was reported after the quakes hit the region but he added that it was a ‘difficult day’.

Numerous towns near the quake-hit zone were already dealing with trouble, as thick blanket of snow isolated them from the world. Several buildings in the region were already without any electricity. But right after the earthquakes hit the region, some of the mobile phone services got disrupted as well.

Franco Campitelli, the Mayor of Canzano informed that the situation was really getting extreme, as it was snowing hard and people were isolated, without electricity.

Sources informed that the quakes could be felt in the Italian Capital Rome, where the subway system had to shut down as a preventative measure, also people had to be evacuated from the buildings on a temporary basis.