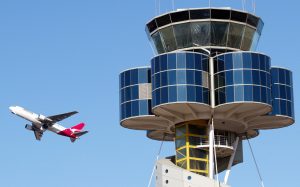 Flights to and from Sydney Airport are delayed after smoke was detected in the air traffic control tower leading to evacuation. The incident occurred at about 1140 local time on Friday and it led to a full ground stop being put in place at the airport, with all arrivals and departures halted.

There was probably a short circuit in a battery back-up system and a light smoke haze had set off the fire alarm. As per Airservices, at 1218 local time, air traffic control at Sydney Airport had begun processing arrivals and by 1237 firefighters had cleared staff to return to work.

Jetstar Airways tweeted: “Flights to and from Sydney Airport are delayed due to an evacuation in the Air Traffic Control Tower. We’ll provide updates as flights resume. Please check your flight status here.”

All flights were grounded from about 11am on Friday as the tower was evacuated and firefighters called in to investigate. AAP reports, staff were cleared to return just after 12.30pm and planes allowed to land and depart soon after.

The flights have resumed but delays are expected. Quantas tweeted: “Flights to and from Sydney have resumed. Some flights will be delayed as all airlines work to get back on schedule. We appreciate your patience. Please check Flight Status for more information”.