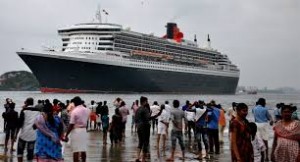 The Ministry of Tourism has recognised Cruise Tourism, as a ‘Niche’ tourism product in order to promote India as a 365 days’ destination and attract tourists with specific interest. The steps taken to promote Cruise Tourism include developing appropriate infrastructure at ports for handling cruise vessels and facilitating ease of movement of passengers.

A Cruise Shipping Policy was announced in 2008 by the Ministry of Shipping to promote India as an attractive cruise tourism destination. The important features of the policy are to develop India as destination as well as source market for cruise tourism; to increase the number of cruise shipping calls and passenger arrivals; to popularize cruise shipping among Indian tourists; to provide simplified immigration process for foreign cruise tourists; to provide easy Customs clearance and to have a conducive fiscal regime for cruise ships through development of cruise terminals and related infrastructure. Various steps have been taken to implement the initiatives envisaged in the Cruise Shipping Policy, 2008. A Task Force on Cruise Tourism has been formed jointly by the Ministry of Tourism and Ministry of Shipping with representatives of all major stakeholders. The Ministry of Tourism has sanctioned projects for the development of Cruise Terminals and related infrastructure at the major ports as part of its scheme of Assistance to Central Agencies.