Seychelles tourism board presents its case to peers with positive data 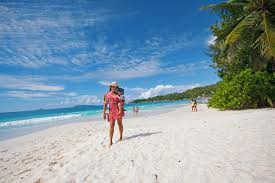 The first multi-sectoral meeting of the year, which took place at the National House, was presided over by Minister Didier Dogley, Ministers for Tourism, Civil Aviation, Ports and Marine.

The agenda included presentations from the National Bureau of Statistics (NBS), the Central Bank of Seychelles (CBS), and the Seychelles Land Transport Authority (SLTA).

The NBS team mentioned that the aim of the surveys conducted by its teams at the airport and the port aims at having accurate information on every market. They reported that for last year, $563,9 million was earned form the tourism industry, the country’s leading economic pillar. This represents a 16.7 percent increase from 2017’s earnings.

Seychelles ended December 2018 with 361,231 visitors that disembarked in the island nation, a figure which is four percent above that of 2017. The tourism industry is already seeing an increase in visitor arrivals for 2019 as figure have increased by 16 percent when compared to the same period last year. Since the start of 2019, over 33,700 tourists have set foot in the country.

On its part, the CBS reported on the balance of payment. They stated that Seychelles is primarily a service-based economy, where tourism accounts for more than 25 percent of the country’s GDP.

The Risk Management Section from the Tourism Department circulated their latest figures regarding crimes affecting the tourism industry in 2018, showing a 61 per cent decrease in crimes as compared to the same period in 2017.