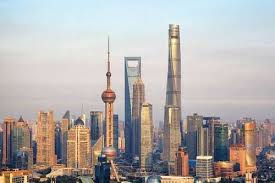 The ‘tour guides’ are supported with QR codes and provides services for visitors.

The site of the 2nd Communist Party of China National Congress, the Shanghai Race Club building and the Cha House are among the historical buildings here.

The Shanghai Tourism Festival is held annually since 1990 and the project was a part of this year’s celebration which will happen until October 6. It will feature 100 activities and will also include some overseas travellers.

In 2018 the festival is known to attract 12.7 million visitors from home and abroad.

So far, QR codes have been installed in a total of 1,298 old and landmark buildings in six urban districts across the city, among which 1,032 are open to the public. It received more than 7.6 million visitors in the first half of 2019 according to the  municipal bureau of culture and tourism.