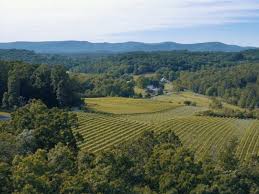 Shenandoah County’s tourism revenues continued to improve, cresting $230 million in 2018, according to data released by the U.S. Travel Association. Jenna French, executive director of economic development and tourism for the county, said the continued growth came as tourism offerings expanded in 2018, giving travelers plenty of options for ways to spend their money.

According to data from the U.S. Travel Association, travel and tourism industry throughout the state generated $26 billion. The tourism industry, encompassing jobs ranging from hospitality and lodging to outdoor recreation and sports, contributed $1.8 billion in state and local taxes and supported roughly 235,000 jobs in 2018.

“We’ve continued to see expansion in our overall product here in the valley,” French said. “The more product we have here, the more restaurants, hotels, attractions and things to do, the more reason visitors have to travel to this area in the first place.”

Shenandoah County shared in the wealth created by the flourishing industry as it raised $6.6 million in local, town and county taxes and supported 1,833 jobs. The county’s $6.6 million in tax revenue was the most for any locality in the Shenandoah Valley, French said.

Warren County also has benefited from the tourism industry boom. In 2018, Warren County brought in $151 million in tourism revenue and $2.9 million in local tourism-related taxes.

The total revenue of Warren County was smaller than its neighbor but increased more between 2017 and 2018, jumping up 4.9% over that time. Felicia Hart, director of tourism for Front Royal and Warren County, said access to natural features such as Shenandoah National Park and the Shenandoah River is the key to the county’s success.

Hart stated that many of our tourism-related businesses are here because of what’s in our backyard,” Their community takes pride in all that we have to offer our guests.

The tourism has continued to create new jobs since 2014 but did fall off slightly as two jobs were lost in 2018, according to data from the Virginia Tourism Corporation. Besides the blip in employment, tourism continues to contribute in positive ways for the county, increasing expenditures, local tax receipts, payroll and state tax receipts every year since 2014.

French said it is hard to nail down what percentage of the county’s revenue came from tourism dollars because “tourism” is so broad it includes spending on items such as gas if it is purchased by someone who doesn’t live within 50 miles of the county. Because there are so many factors that determine what make up tourism revenue, French said the county doesn’t keep records itself outside of calculating the transient occupancy tax — the key revenue stream coming from hotels and temporary accommodations.

To encourage more economic and tourism growth, French said the county has been working on establishing tourism zone incentives to attract new businesses to the area.

By offering incentives such as reduced real estate tax rates or water and sewer fee connections, French said the county will be able to continue to expand the offerings it has for residents and tourists as well as broaden the tax base.

Tourism zones would be based off new revenues coming into the county and new tax streams, French said.