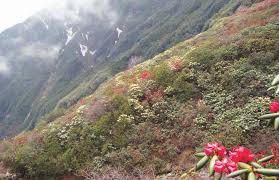 Fifteen years back, Sikkim introduced a far-reaching experiment: Its leaders came to the conclusion to phase out pesticides on each and every farm in Sikkim, a move without precedent in India and almost certainly in the world.

The change was in particular important for India, a country whose development in terms to agriculture was defined by the introduction and usage of fertilizers and pesticides that quickly perked up food production all over the country, starving off famine and sinking the dependence of the country on foreign support.

With the haphazard use of pesticides came a spike in terms of cancer rates in various industrial farming areas. Rivers got polluted and soil turned unproductive. The leaders of Sikkim explain that they were motivated to go all-organic by those concerns and since pesticide residue, including chemicals were banned in other countries was tainting fish, vegetables and rice.

The cloud-wreathed Himalayan state of Sikkim is starting to see the dividends. The leaders say that in general, health has developed in the state, and Indian Prime Minister Narendra Modi’s government has gripped Sikkim and organic farming all through India, pouring almost $119 million into supporting organic farmers countrywide. India is making a bet that for other jurisdictions worldwide, Sikkim can be the global model that wants to go all-organic.