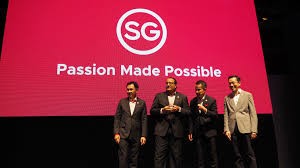 Singapore Tourism is rolling out the second phase of its ‘Passion Made Possible’ campaign for marketing the city state to tourists and businesses under the same marketing umbrella.

STB unveiled the campaign last August with the initial aim of targeting four customer types – or ‘tribes’ as it described them: foodies, collectors, explorer and action seekers.

The next wave of the campaign, which is intended to portray the aspirational rather than transactional side of Singapore, will see the adding up of three more ‘tribes’ – culture shapers, socializers and action seekers.

STB will work with 80 local talents including singer songwriter Nathan Hartono, artist Jahan Loh and indoor skydiver Kyra Poh, who will feature in marketing videos and at overseas events in order to promote Singapore to these new ‘tribes’.

STB brand director Lim Shoo Ling said the concept of ‘Passion Made Possible’ has been well received over the past 12 months.

In the new wave of the campaign, the STB has moved away from TBWA as its creative partner with the tourism body partnering with online video platform Viddsee for what it called “short premium content”.

This partnership will include the creation of two films by Viddsee directors for the culture shaper and socializer target markets.

The campaign will roll out progressively to 16 markets over the next five months, starting this month in Australia and Malaysia.