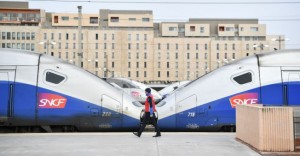 A travel warning has been issued by the Foreign Office in France as the country will be facing a number of travel strikes over this weekend.

The planned strikes will lead to huge travel disruption across the country following the news of a pilot and cabin crew strike which might also affect the rest of the Europe.

The SNFC train strike will take place on Saturday and Sunday and the Foreign Office  advised to check with the train operator for updates before travelling. One should allot extra time for the journey.

Roads in the surrounding area will be busier than usual, the main traffic routes will be very difficult while travelling to Paris.

The SNFC train strikes is the longest train strike in more than 30 years and it has been happening since April 2018. This will continue till summer causing problem to more travellers in France.

The strike is against planned modernization and permitting competition against the network. So, far the Eurostar remains unaffected and trains to and from Paris were not cancelled.

Britishers need to update themselves with strict laws for road users while driving through France, they will be required to carry full driving license all the time along with the proof of insurance and form of ID.

The road limits have also been changed recently and the alcohol limit for drivers is less than in the UK.

Travel chaos may occur across Europe in the coming  week as a number of pilot and cabin crew will go on strikes with Ryanair.

If the strikes go ahead flights will be affected next Thursday to and from Ireland, Italy, Spain, Portugal and Belgium.