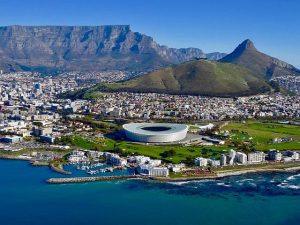 South Africa aims to achieve 21 million tourist mark by 2030. This will be in addition to the 5-in-5 strategic goal that sets the target of an additional four million international visitors and one million domestic holiday trips by the year 2021. This was recently revealed by the South Africa president Cyril Ramaphosa.

The minister of Tourism, Mmamoloko Kubayi- Ngubane also shed light on the strategies to achieve the goal during the just concluded 23rd World Tourism Organization (UNWTO) assembly in Russia.

“We are working together with the key partners to achieve our target. Right now, we are focusing on transformation besides making sure that our sector is inclusive and it includes all good global practices,” she said.

While talking about recent attack on foreign nationals, she added: “The president is looking into the issue and we are trying to prevent any future re-occurrence,” she added.

She said that the government was taking steps to reduce bureaucratic red tape so as to make it easier for tourists to travel. Steps such as simplifying the VISA regimes are being taken by the government. Besides, three year entry visa norm has also been introduced for frequent travelers such as for tourists and businessmen.

On the other hand, the department of home affairs has also introduced a bio-metric movement control system for ports of entry such as airports and land border posts. This will enable easier travel into the country. As per the report of Statistics South Africa, over 3.5 million travelers passed through SA’s port of entry in April this year.

The report also confirms that the tourism market is growing over time and it is also creating thousands of sustainable job opportunities. The report further states that the number of private jobs created by the tourism industry will reach 1 million by 2026 while over 2.26 million jobs will be supported by the sector.