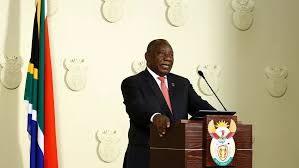 President of South Africa, Matamela Cyril Ramapho will shut down its borders to the citizens from all the high-risk Corononavirus countries of the wolrd. 35 land border ports will be closed. All schools from Wednesday in South Africa will close as well.

The African Tourism Board headquartered in Pretoria, South Africa, suggested on March 13th, to all its members and to all African countries to stick on to the model that Nepal had followed by simply closing access to their countries to citizens from countries with a high risk of Coronavirus. After this news was published by eTurboNews, several countries in Africa directly or indirectly followed the same model to protect tourism’s future of the continent.

At present, South Africa has 51 cases of COVID-19; however, 13 were just reported today.
Numbers of cases all through Africa were reported in 26 countries yesterday, but the overall number is quite near to the ground.

As advised by the African Tourism Board, this is the time to act right away in safeguarding the fragile health system in several countries in Africa and protect tourism for the future and not rely on a short term gain and loose for the long term.