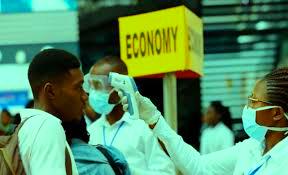 On Sunday, the South African President Cyril Ramaphosa announced that visas of citizens entering South Africa from countries majorly affected by the novel coronavirus including the United States have been officially cancelled as a measure against the deadly virus spread. The visa cancellation has mostly been aimed towards work visas so far. U.S Citizens had the permission of entering the African country for 90 days without a visa.

However, the South African president said in a recent media statement that the country has decided to take immediate and drastic measures to manage the virus spread. They have planned to prohibit U.S nationals from entering the country from this Wednesday. He mentioned that the country aims to protect its people and mitigate the adverse effect of the virus in its society and economy. He added that the effects of the deadly virus on the country and its people can be limited if the authorities work swiftly and collectively with a purpose.

Although South Africa has only reported 61 confirmed cases of coronavirus, the nation declared the situation as a state of disaster. Any South African citizen arriving from the US will have to be tested for the virus. Alongside the States, travellers entering the country from the UK, Italy, Iran, China, Germany, Spain and South Korea will be denied visas. Any foreign travellers who have visited any majorly-hit countries over the past 20 days will also be denied entry. Visitors coming from medium-effected countries like Singapore, Hong-Kong and Portugal would be allowed entry only after a high-intensity test and screening.

In addition, South African citizens entering the country from any majorly affected coronavirus regions will be put on proper testing, isolation or quarantine upon arrival. The country will be closing entry from 35 out of 53 land ports, starting today. It will also be closing 2 of its 8 seaports for passengers and crew changes.