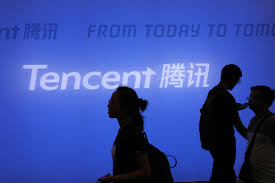 South Africa has inked a two-year agreement with Chinese Internet firm Tencent (0700.HK), which will use its popular WeChat platform for marketing tourism to millions in China, said the South African tourism minister.

South Africa is targeting important untapped tourist markets like China and India in its bid to promote tourism as a vehicle to help kick-start its struggling economy.

Travel and tourism contributed around 426 billion rand ($29 billion) to South Africa’s economy last year, making it the largest tourism market on the continent, as per the World Travel and Tourism Council.

“This strategic co-operation agreement is one of many initiatives developed to increase arrivals from China to South Africa,” said SA Tourism Minister Mmamoloko Kubayi-Ngubane.

She said that TenCent will help position South Africa as a preferred tourism destination, making use of digital marketing campaigns on WeChat along with other platforms within the TenCent ecosystem.