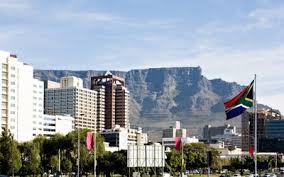 South Africa, one of the best countries for tourism in Africa, is expecting over 1 lakh tourists from India in 2017 with specialised packages for suiting Indian requirements.

To quote Hanneli Slabber, Country Manager, South Africa Tourism in India, “We have been witnessing consistent growth in tourist inflow from India. Looking at the growth trend we are expecting to host 1,04,000 Indian tourists in 2017.” She added, “We are looking for an exciting year ahead.

We are focusing on enhancing our engagement with the travel agents and consumer outreach via outdoor media, digital, print and television. In January, around 6,300 Indian tourists visited South Africa and we are looking forward to very high figures during the ongoing holiday season – from now till the middle of June.”

The number of visitors from India to South Africa had jumped by 21.7% to 95,377 during last year.

SA is also planning to target young Indian travellers given the fact that the country has a considerable proportion of young people aged between 18 to 35 years.

Slabber said, “We are also focussing on the MICE (Meetings, Incentives, Conferences and Events) segment and also on younger solo globe-trotters from the country. With more than 3,129 products offerings, and more to included, South Africa has a variety of products to choose from.”

“We find Indians love spending on experiences, food and shopping especially local handicrafts. In 2016, we saw the overall spends from India crossing 1.2 billion ZAR (South African currency) by the end of the third quarter,” she added.