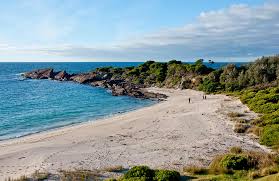 It is an agreement signed on simplification of visa requirements with China. This new visa rule will be implemented on October 1 this year, the minister said without elaboration.

The move is designed to attract larger numbers of tourists, business people and family members from this country, Hanekom said.

According to Hanekom, the South African cabinet agreed last week that visa requirements should be simplified for China and India, two major tourism markets for South Africa.

Due to strict visa requirements, the number of Chinese and Indian tourists visiting South Africa has dropped significantly over the past few years.

China is now the world’s number one market for foreign tourists, accounting for 70 million overseas trips last year. While other countries are opening their doors to Chinese tourists, South Africa has a very complicated visa process for them.

Of South Africa’s top 10 overseas tourism markets, only Indian and Chinese nationals are required to get visas.

On Tuesday, Minister of Home Affairs Malusi Gigaba announced a number of visa-related reforms which will make it easier for tourists, business people and academia to come to South Africa.

As one of the reforms, South Africa is simplifying visa requirements for countries such as China and India, said Gigaba.

Ramaphosa said the list of countries requiring visas to enter South Africa will be reviewed, an e-visas pilot will be implemented, and the visa requirements for highly skilled foreigners will be revised.

Tourism is now the world’s fastest growing industry with over 1.3 billion people travelling internationally. In South Africa tourism has outpaced other sectors, contributing about 9 percent to the country’s Gross Domestic Product.