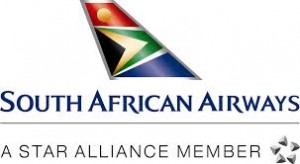 South African Airways (SAA) this week launched one of its flagship initiatives to promote communication between management and its employees.

The App, which is innovative and the first of its kind in the history of the airline, can be downloaded on mobile devices. It will enable employees to interact with the chief executive officer, Mr Vuyani Jarana, and management in a more direct and secure manner. The App can be downloaded on company-issued mobile devices as well as on personal devices to those employees who have access to computers only.

“We are pleased that the App has been launched and this will serve as one of the many communication platforms we have at SAA to enable all employees to have more access to management and information in real time. The intention here is to enable communication through as many channels as possible for employees to use what is convenient to them. In addition, we seek to promote and not prevent access to information,” said SAA spokesperson, Tlali Tlali.

“We are astounded by bizarre claims that the airline has taken steps to prevent its employees from accessing negative stories about the company using its equipment (company issued mobile devices and computers). This is not only untrue, but also impossible to implement at SAA. We are not aware that any such advanced technology exists and we do not even have any such provision in our Information Technology (IT), Human Resources or Communication policies.”

SAA staff has access to all web news sites at all times. They can also access social media outside of core working hours with many exceptions where this is required to fulfil daily roles and requirements.

The airline has no record of having communicated any such decision or taking steps to block employee access to content (any media reports).

“We have put measures in place to limit unfettered access to some of the social media sites on SAA IT platforms as we continue to look for ways of reducing costs and to enhance productivity. In our view, this is a sensible thing to do,” explained Tlali.

Members of the Parliamentary Standing Committee on Public Accounts (SCOPA) led by its chairperson, Mr Themba Godi, spent three days at SAA this week as part of the committee’s oversight responsibilities. During their visit, the committee conducted inspections at various areas at SAA including its subsidiaries, AirChefs and SAAT. During that time, the committee interacted with employees, management, executives and the Board.

On the last day of the visit at SAA, the committee held a meeting with both the executive team and the Board where the committee raised a number of issues with the airline’s leadership. Matters raised with the company ranged from governance, strategy, solvency and liquidity as well as appointments and allegations of theft and corruption.

At no stage did the committee raise concerns that SAA employees complained about information clamp down within the company. If such unsubstantiated claims were made, we believe they must be rejected as they have no basis in fact and cannot be sustained by any credible evidence. These claims sought to create confusion, hurt the SAA brand and mislead members of SCOPA and the public at large.

Despite negative media coverage the airline has endured over time, SAA believes the introduction of any such measures as claimed in the media, would be counterproductive, absurd and ineffective in a digital age and information era where access to information must be promoted and not prevented.

“SAA communicates openly and regularly with employees on important matters relating to the company. Employees have the opportunity to raise their concerns at regular face-face engagement sessions and through various forums,” concluded Tlali.

The airline remains available to clarify to members of SCOPA regarding any miscommunication that may have created the misunderstanding.