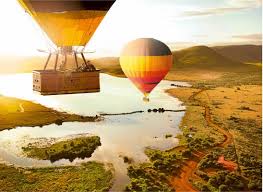 The South African Tourism is speeding up the visa process to attract more foreign business tourists and leisure tourists. It is an effort to boost foreign arrivals by 40 percent by 2021.

The new measures by South Africa Tourism are part of a goal to attract five million additional travellers – four million international tourists and one million extra local holiday trips and will help limit the “blip” a major drought is having on South Africa’s top tourist drawcard, Cape Town.

Hanekom said that there is a huge potential in tourism growth. On the international front conditions are very much in favour so it is going to be easier to achieve the four million part than the one million.

South Africa Tourism has contributes more than 400 billion rand (USD 34 billion) to Africa’s most industrialized economy, or around 8 percent of GDP, is seen by the government as key to help drive growth and reduce a stubbornly high unemployment rate.

South Africa emerged from a depression last year but is struggling to grow its economy and less disposable income means locals are hesitant to travel. However, the long-haul destinations in South Africa still offers the good value for money for foreign tourists attracted to its white beaches, iconic Table Mountain and wildlife safaris.

The World Travel and Tourism Council said that travel and tourism would contribute around 424.5 billion rand to the overall economy in 2018, before rising by 3.5 percent a year to 598.6 billion or 10.1 percent of GDP in 2028.

Hanekom said that the deliberations with home affairs and foreign relations departments would consider granting more countries visa waivers for short trips, following success with visitor numbers from Russia which increased 57 percent last year. The tourism officials of South Africa said that the current visa processes were putting off tourists from China, India and Nigeria, which are some of the world’s largest outbound travel markets.