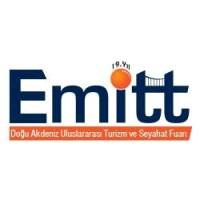 Accompanied by a number of emerging tourism businesses as well as established industry players, South African Tourism will be participating, for the first time, in the East Mediterranean International Tourism and Travel Exhibition (EMITT) in Turkey from 25 to 28 January 2018.

The Middle East market is a new focus area for South African Tourism in its ‘5-in-5’ strategic goal to attract four million more international travellers, as well as one million more domestic holiday trips, by 2021. As part of this bid to boost arrivals from this region and led by South African Tourism, 10 South African exhibitors, including five black-owned small, medium and micro enterprises (SMMEs), are heading to EMMIT this week.

The five SMMEs from various provinces in South Africa are funded by the National Department of Tourism’s Tourism Incentive Programme, which gives them valuable access to markets. They are: accommodation establishments Ezulwini Guesthouse (in Ballito, Kwa-Zulu-Natal) and Vetho Apartment Hotels (in Johannesburg, Cape Town and Ballito); and tour operators Kitso Hospitality Group (based in Nelspruit, Mpumalanga), and Amrho Tourism and Msila Tours and Projects (both based in Johannesburg).

EMITT 2018 will see more than 650 exhibitors from 80 countries converging on Istanbul’s Tüyap Fair Convention and Congress Centre to showcase their offerings to some 46 000 visitors, buyers and travel professionals looking for new and exciting holiday opportunities.

The United Nations World Travel Organisation recently announced that more than 1.3 billion trips were taken around the world in 2017, a leap of 7%, with international tourist arrivals in Africa booming by 8%. Between January and October 2017, South Africa saw an almost 5% increase in tourists arriving from Middle Eastern countries, when compared to the same period the previous year.

“We believe that this is the time to increase our efforts in showing those living and working in the Middle East what an incredible, value-for-money and culturally welcoming destination South Africa is. This influential trade show will help raise our destination’s profile and will enable us to forge important partnerships and collaborations.”

He added that a selling point of South Africa’s tourism offering is its diversity of experiences, and that EMITT presented a golden opportunity to introduce exciting new products and tour operators to the Turkish and Middle Eastern market.

Said Ntshona: “This is a fantastic chance for South African tourism enterprises to promote their offerings to buyers from all over the region and the world, through preset meetings. They will also be able to gain a better understanding of, and intimate insights into, the broader Middle East tourism market while in Turkey.”

Ntshona noted that research had found that travellers from the Middle East appreciate value-for-money destinations, making South Africa a perfect fit, and that their favoured travel season is during the northern hemisphere summer months of May to September – which coincides with South Africa’s low tourist season.

“Attracting more tourists from this region during our cooler, off-peak months therefore addresses the challenge of seasonality in our country, and will help keep our industry sustainable during this traditionally quieter period,” he added.

“The fact that South Africa is itself a cultural melting pot, and welcomes and caters for a wide diversity of religious and culinary preferences, is also highly attractive for the average Middle Eastern traveller.”

He said that by taking part in EMITT – the largest travel trade show in the Middle East, attracting buyers from the region and the rest of the world – South Africa hopes to make significant inroads into this growing market.

“We are particularly excited to be continuing our drive to empower and expose SMMEs on global platforms such as this one. This is a golden opportunity for them to present their businesses to the trade. It’s crucial for the health and evolution of our sector that we help to incubate small businesses, as they add new, authentic flavours to our country’s tourism platter. The established South African exhibitors that are coming with us to Istanbul will also be mentoring the emerging players, paying it forward and enriching our tourism landscape as a whole. This contributes to South Africa presenting a multifaceted, diverse tourism offering to the world.”

Going forward, South African Tourism plans to train members of the Middle Eastern travel trade in how to sell South Africa as a destination, sign more joint marketing agreements with trade partners, and explore platforms for South African trade players to gain access to the region’s markets, such as business-to-business roadshows.