South Carolina State parks likely to open in May 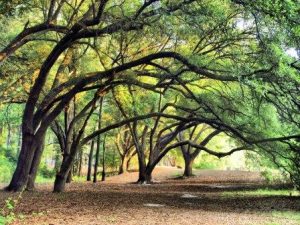 South Carolina has tentatively planned to reopen all of its 47 state parks starting May 1. All parks were temporarily closed due to the coronavirus pandemic. Parks will mostly operate with some restrictions to keep staff safe and allow for social distancing. However, the reopening date is still subject to change according to authorities.

Gathering spaces such as picnic shelters and interpretive centers will remain closed. Overnight operations will also be somewhat limited at the beginning of the month. Existing reservations at cabins and campgrounds will be honored when parks reopen, but new reservations will not be accepted before May 11. The number of people who allowed in a park at one time will be limited as well.

South Carolina Tourism Director Duane Parrish said in a statement that even if the state parks reopen, any functions or events that bring together crowds will not be allowed as of now. He is of that opinion that the public has a better understanding of the importance of social distancing now. He also believes visitors will take more precautions when they return to the parks next month and behave much better as compared to last month.

He also mentioned that it is likely that likely some counties and cities will start to reopen their parks by early next month which will ease much of the strain on state parks. Most municipalities in South Carolina had shut down their own parks by the time state parks closed which forced more people to visit the state-run parks. The opening of other parks will decrease the rush in state parks and help in social distancing measures.