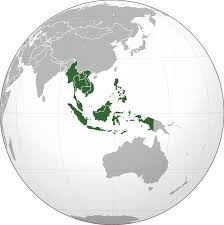 The travel and tourism market in South East Asia is segmented by Country, Type of Travel and Mode of travel. The market is expected to grow due to the increasing outbound travel by young population within the region as well as growing inbound travel to the region.

The increasing government focus on the tourism industry in the region s a major driver for the industry. ASEAN Tourism Strategic Plan 2016-2025 is aimed to improve the tourism quality as well as the destinations in the region.

China is the leading country to travel in the ASEAN region due to the proximity and availability of heavily discounted travel packages along with eased visa applications.

There are several reasons for the sky-rocketing numbers of Chinese tourists during the last 15 years. China is the most populous country in the world with 1.41 billion people and they constitute roughly one-fifth of the global population.

China, whose per capita GDP according to the World Bank was US$8,827 in 2017, has a 430-million strong middle class and 60 per cent of its 1.41 billion people live in urban areas. Due to the constant increase in personal incomes, most of the middle-class people have developed a special passion for tourism and shopping.

Internet or online technology has made it easy to book plane or cruise tickets and hotel accommodation. A relaxation of visa requirements for Chinese tourists, including visa-on-arrival, by many countries, has prompted Chinese to travel abroad. Affordable airline tickets and connectivity have made overseas travel easier. The creativity of Chinese tour operators in organizing efficient and highly professional group tours, including the controversial “zero-dollar” tours, in which tourists pay all expenses in advance and shop at designated places, paying using online Chinese companies. All these factors, especially rising incomes, have led to an unprecedented boom in the Chinese outbound tourism sector.

In Southeast Asia, all members of ASEAN have been enjoying a boom in their tourist sectors, due to the huge surge in the number of Chinese tourists. There are two reasons, the first is the rise of incomes in both China, which, as we have seen, emerged as the second-largest economy with a huge middle class during the same period, and also in ASEAN, which contributes more than 40 per cent of international tourists in intra-ASEAN tourism. The second is the affordability of air travel, thanks to the mushrooming of budget airlines. Chinese tourists have been flocking to Southeast Asian countries, which are conveniently located for China. For example, Thailand has been receiving more than 10 million tourists from China annually over the last three years. Almost one-third of Thailand’s 35.38 million foreign tourists came from China in 2017. The same trend is observed for the other ASEAN countries which is a driving factor for the ASEAN Tourism sector.

The diverse range of recreational activities and travel options in the ASEAN region has made it a top tourist destination. According to the World Tourism and Travel Council (WTTC), the tourism sector contributed a mountainous USD 119.7 billion in 2016 to the region. Thus to improve and maintain its growth prospects, the ASEAN countries have been investing and planning to become a major global tourism region.

According to ASEAN Tourism Strategic Plan 2016-2025, the regional bloc has pledged that by 2025, it would be a quality tourism destination offering a unique, diverse ASEAN experience, and will be committed to responsible, sustainable, inclusive and balanced tourism development, so as to contribute significantly to the socioeconomic well-being of ASEAN people.

The 21st Meeting of ASEAN Tourism Ministers which was held in January 2018 in conjunction with the ASEAN Tourism Forum (ATF) 2018 and saw the adoption of a number of new declarations along with plans associated to boosting and complementing the current strategic plan of ASEAN countries. The plan includes developing ASEAN tourism products, enhancing connectivity, and expanding the ASEAN regional destination-marketing program.

Among the few steps being taken to improve tourism in the plan is enhancing connectivity for tourism, an ASEAN Framework Agreement on the Facilitation of Cross Border Transport of Passengers by Road Vehicles (CBTP) being signed in 2018. This framework will facilitate the unified cross-border movement of tourists and will also promote over-land travel between ASEAN states. Another plan in works is the collaboration between five of ASEAN member states namely Cambodia, Lao PDR, Myanmar, Thailand, and Vietnam along with China in the formation of the Lancang Mekong Tourist Cities Cooperation Alliance.