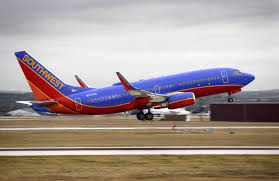 Southwest Airlines will remove the grounded Boeing 737 Max from its schedule through Oct. 1, leading to the cancellation of 150 daily flights.

The airline previously planned on the plane returning to its schedule after Labour Day.  It attributed the extension, the second this month, to the uncertain timing about the Max’s return to service.

Southwest said the limited number of travelers who have already booked travel for September will be notified about their options.

“We offer our apologies to our customers impacted by this change, and we thank them for their continued patience,” the airline’s statement said.

American, the second-largest U.S. operator of the Max with 24 Max 8s, has the Max out of its schedule through Sept. 3 and is expected to extend that period.

On Wednesday, United Airlines also removed the plane from its schedule till the Labour Day. The airline has 14 Max 9s in its fleet.