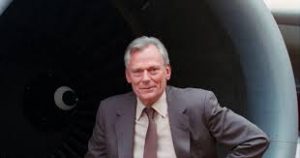 Southwest Airlines announced the death of Herb Kelleher, co –founder of the airlines who died aged 87.  Kelleher is survived by his wife Joan and three of their four children.

The airline reshaped the global aviation after its launch in 1967. The airline mentioned that Herb was a pioneer, a maverick, and an innovator , his vision revolutionised commercial aviation and democratised the skies.

He had a passion for life and insatiable investment in relationships. He had a long lasting impression on people who knew him.

Initially the airline wanted to provide cheap flights between the Texas cities of Houston, Dallas, and San Antonio.

Following a supreme court of Texas ruling in 1971it was permitted to fly striking down challenges.

However, it was only permitted to fly following a supreme court of Texas ruling in 1971 striking down challenges from rival operators.

Current Southwest Airlines chief executive, Gary Kelly mentioned that Herb was a lifelong mentor and friend , he was happy to work with him for over 30 years.

He had a marked impact on the airline industry and his vision for affordable air travel could revolutionize the industry and the transformation could still be seen.

For the first time Southwest provide cheap tickets in single-class cabins without reserved seats.Turnaround times at airports was shortened by the Southwest’s business model and at present it operates more than 700 Boeing 737 jets.