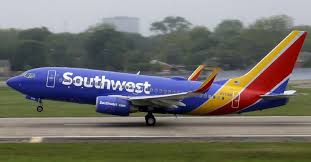 A group of Southwest Airlines passengers received a great news on Friday: They were informed that they’d earned the airline’s coveted companion pass.

The pass is Southwest’s biggest frequent flier perk, allowing free flights for a year for a designated companion. The qualifications are daunting: Rack up 100 one-way flights in a year or 110,000 Southwest frequent flyer points from flights and/or Southwest credit card purchases.

Travellers who were notified didn’t reach those milestones. The notification wasn’t a delayed April Fools’ Day prank (Southwest is famous for them). It was sent in error, according to Southwest responses to travellers who posted about their new companion pass on Twitter.

The airline apologised and said officials in its Rapid Rewards frequent flyer program are reviewing the error.

Travellers are taking their “revoked” status in stride. However, Southwest has not said how many Rapid Rewards members received companion pass status in error.