Home » SpaceX will initially send 4 tourists into the orbit

SpaceX will initially send 4 tourists into the orbit 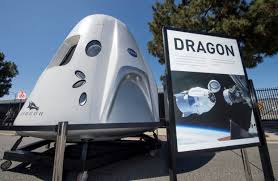 On Tuesday, SpaceX have proclaimed about a new collaboration to send four tourists into the orbit than private citizens before them. By 2022, this mission could take place and easily cost over $100 million.

The company signed the partnership with Space Adventures, based in Washington and it acted as an intermediary to send eight space tourists to the International Space Station (ISS) through Russian Soyuz rockets.

The first of these was Dennis Tito. He paid $20 million for an eight hour stay on the ISS back in 2001. The last to go was Cirque du Soleil founder Guy Laliberte, in 2009.

The new tourists would be carried on SpaceX’s Crew Dragon capsule. This capsule was developed to transport NASA astronauts and is scheduled to make its first crewed flight in the forthcoming months.

“Our goal is to try to get to about two to three times the height of the space station,” Space Adventure’s president Tom Shelley informed AFP.

The ISS orbits at 400 kilometers above the surface of Earth, however, the exact altitude of the Space Adventures mission would be determined by SpaceX, added Shelley.

The mission could take place by late 2021 at the earliest, though “probably more likely is sometime in 2022,” he said.

The design of the capsule was done in a way that would take astronauts from the surface to the ISS. Just nine square meters in volume. There are no private areas to sleep wash or use the bathroom.

The duration of the mission will depend on what the customers are looking for, said Shelley. When questioned about the cost, Shelley replied: “It’s not cheap.”

The cost of introducing a Falcon 9 rocket is $62 million, as per publicly available statistics then there will be the cost of building a fresh Dragon capsule. Could it exceed $100 million?

“Your assessment is correct, I can’t comment specifically on the numbers, but yeah those are the cost components,” he said.

“We have a pretty good network of high net worth individuals around the world, many of whom we know are interested in spaceflight,” he added.