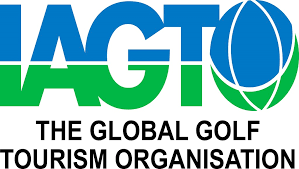 Team Spain delighted home fans in Tarragona at the 2018 Mediterranean Games, hosted at Costa Daurada, by dominating the golf and taking a clean sweep of all four gold medals on offer.

Costa Daurada was showcased in all its glory as thousands of athletes came from all over the Mediterranean to compete in this year’s edition.

The multi-sport Mediterranean Games is held every four years between nations of the Mediterranean Basin and this year saw athletes from Europe, Africa, and Asia descend on Tarragona to compete in this highly regarded multi-sport event.

Stunning scoring throughout the course of the week culminated in a four-medal haul for the Spanish golfers. Mario Galiano Agular ran away with the men’s individual gold medal, winning by a 9 shot margin at 16 under. Agular also led Spain to the men’s team title, where each day the best two scores of each country are combine, winning by five shots over Italy. In the women’s division, Spain’s Marta Sanz Barrio pipped Italy’s Angelica Moresco to the gold medal and the women’s team event produced a similar result with Spain winning the gold by two shots over Italy.

The Mediterranean Basin, the meeting place of three continents, is the birthplace of the three great monotheistic religions and cradle of the Olympic Games. The Mediterranean Games provides a special event to bring young athletes together in an atmosphere conducive to strengthening the bonds of friendship and solidarity, despite cultural, religious and linguistic differences.

Speaking about the success of the Mediterranean Games in Tarragona, Marta Farrero, Costa Daurada Tourism Board Director said; “It’s been a long process from the candidature work to get the bid to all the organisation beginning years prior to this day.

“But it’s all been worth it with the success of this past month – everything was played in fabulous spirit and it has been amazing to show this beautiful region off to thousands of athletes and visitors that have flocked to the area. We hope to welcome many visitors back to Costa Daurada in the near future.”