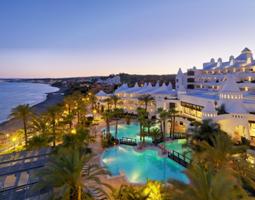 It will be the first-ever Jamaica hotel for the chain, which has a heavy presence in Cuba, Mexico and the Dominican Republic. The construction work has already begun in Falmouth on the first 500 rooms of the estimated $250 million project, which will be called the Ocean Coral Spring Hotel.

The news comes a little over a month after H10 opened its most recent Caribbean resort, a 618-room property in the Dominican Republic, the Ocean El Faro in Punta Cana. Later this year, it will debut another Punta Cana resort called El Beso.

Jamaica Tourism Minister Edmund Bartlett said that the Government continues to champion investment for the revitalization of existing tourism assets and the creation of new tourism infrastructure across the island,” said Jamaica Tourism Minister Edmund Bartlett. Spanish firms have had a massive impact on Jamaica’s tourism development in recent years. It’s also another signal of the growing allure of Jamaica’s Trelawny parish, the next parish east of the country’s traditional hub of Montego Bay.

The area has seen significant hotel investment in recent years, with projects by brands including Royalton, Excellence Group — and more than 6,000 rooms in development in the wider area.