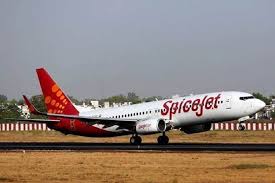 A Delhi-bound SpiceJet aircraft from Mumbai, carrying over 100 passengers, was forced to land at the city airport this morning under emergency conditions.

Low cabin pressure mid-air forced the plane to make the emergency landing. All the passengers on-board were safe, an airline spokesperson said.

Enroute, the aircraft had a (cabin) pressure problem,” a SpiceJet spokesperson said.

Following the standard operating procedure, the crew diverted the aircraft to Ahmedabad, where it landed safely, he added.

There were over 100 passengers on-board the plane, the spokesperson said.