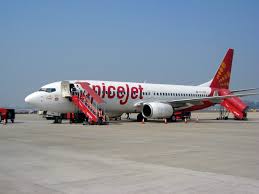 A SpiceJet flight, scheduled to leave for Pune from Delhi, took off almost four hours after its departure time from Delhi due to a technical snag on Tuesday. While some passengers complained that they were forced to wait on the tarmac itself till the snag was fixed, an airline source said most passengers themselves stayed on the tarmac fearing the flight might be cancelled if they moved to the terminal building.

Passengers said they boarded the flight (SG-8938) around 4.55pm only to be deplaned about an hour later. Another flight finally took off with the passengers around 9pm.

One of the passengers, Raj Hans Khurana, said over phone, “While we were wondering what the issue could be, the cabin crew told us to deplane around 6pm, saying there was a technical problem. However, we were made to wait on the tarmac after deplaning. Little attempt was made to get us back to the terminal building. Some passengers sat on the tarmac in protest.”

Khurana said some passengers dialled 100 to seek help from the police, following which the airline arranged buses to take them back to the terminal. “However, only a few passengers went back to the terminal building. A majority of them were seen wandering on the tarmac. The staff seemed inexperienced to handle the situation. There were many passengers travelling with children and infants and there were old people too,” he said.

Khurana said that the passengers were again told to get back into the flight around 8pm.
A 23-second video was uploaded on Twitter in which several passengers are seen walking about on the tarmac and some making frantic calls. Some airline officials and a few parked SpiceJet buses are visible in the video. At one point, two CISF men can be seen talking to the ground staff.

A SpiceJet spokesperson replied to an email saying, “The Delhi-Pune flight had a technical issue which led to a delay. The flight departed at 9pm.” The spokesperson did not answer questions related to if and why the passengers were made to wait on the tarmac.